Tom shortlisted for Agri-tech Innovator of the Year 2020

We are very excited to be able to announce that 18a's CTO Tom Freeman has been shortlisted for the British Farming Awards' Agri-tech Innovator of the Year, 2020! 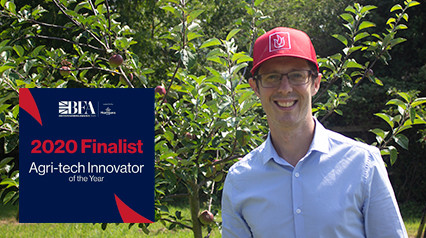 As always with these things, there was a couple of weeks between us being told and it hitting the press so we've had to keep it to ourselves, but can shout about it as of today!

I nominated Tom after receiving an email from Farmer's Guardian asking if I knew of anyone deserving - and the email summed him up - he's incredibly skilled at what he does, very innovative and he always puts in so much effort. He was therefore a little surprised to hear I'd nominated him, and then even more surprised to get a call a few months later telling him he'd been shortlisted!

Tom grew up on a 300 acre farm, and his Dad still farms in Worcestershire - which is what led Tom last year to build FarmBudgets.com, a tool to help his father with his budgetting spreadsheet which, a few years in, was getting a little unwieldy. Tom's Dad had always kept careful budgets, and found that industry specific software was either too feature bloated, or too expensive, or both, for someone with a relatively small amount of land. FarmBudgets, originally CropFarmer.app until we rebranded it and added some new features at the beginning of 2020, is designed to be incredibly cheap as the margins in farming are so tight, and very straight forward to use. It's important that if you don't use a piece of software often - potentially even just a couple of times a year - you can quickly and easy get to grips with it when you need to and get the results you need. For farmers who don't want to (or can't) make the investment in a bigger and so more expensive farm management solution, this is designed to just get them considering the all important bottom line.

Budgetting is so important for farmers, but so many don't do it already. We're hoping the next generation of farmers will see how sometimes it's important to break from tradition and grow something new as demand, the climate, or your personal situation dictates. Tom's Dad says that budgetting helps reduce how much there is to worry about - and in farming there's always a lot to worry about! For farmers it's often all about yield - but in reality, it's all about return on investment, as it is with any business. Farmers often don't have the figures inputted in a way - or separated out by crop - to let them see this information. They also often don't value their time - FarmBudgets lets them see what are effectively earning as a "salary".

"I'm really proud that a tool I created for my Dad has achieved so much and that people understand the huge financial pressures weighing on farmers. My Dad says that understanding his budgets literally helps him sleep at night - and with 2 young kids, I know how precious sleep is! So if this shortlisting means other people get to hear about FarmBudgets.com and it helps ease their worry or stress, then that'd be fantastic. It's so exciting to be nominated for such a prestigious award - I still can't really believe it to be honest."

In 2019, we were invited to pitch to Dragons in the Agri Innovation Den, and spoke about how farmers can really suffer from poor mental health due to all the pressures - and unknowns - farming throws at them. FarmBudgets can't control the weather but it at least helps put more information at their finger tips to help them make informed decisions. 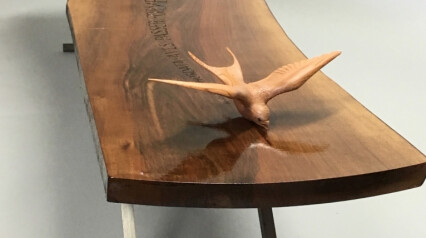 A hobby can become a problem when you run out of room for your creations. This was exactly the problem our client, Chris Pye was… Read → 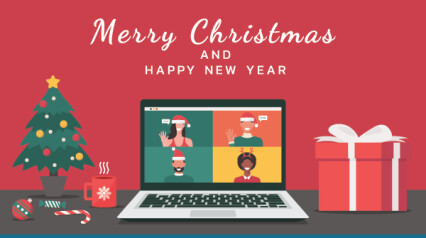 It's been a crazy year for the world, but we've been very fortunate at 18a that we've kept busy. As it's been such a busy time,… Read → 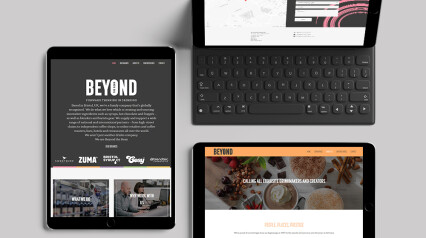 New brand and new website for Beyond The Bean